Many Roles of the Sports Official

Umpiring a baseball game is not a one-dimensional task. The best umpires are those that can combine all of the best personality traits they have with all the knowledge they can obtain about baseball rules and umpire mechanics and the development of an understanding of how the game is played.

An umpire must call upon all his resources to play all the roles during a game to successfully complete his assignment with few issues as possible. He must use those traits and knowledge to perform as a: Judge, salesman, psychiatrist, teacher, diplomat, athlete, and student. Every one of these roles is used in nearly every game by the well-versed umpire. Those umpires that can play these roles — and are outstanding at playing most of them are the most-in-demand umpires.

Every umpire MUST be totally neutral and objective. Umpires cannot allow themselves to get too emotional during a game. They must arrive at the game site in a calm condition; they should not carry grudges against players and coaches from one contest to the next; nor should they allow attitudes from work and home to influence their behavior. If the umpire cannot remain calm in the face of wild events during a “hot” game, he likely will not be viewed in the best light and could also render poor or wrong judgments. Some umpires like to think of themselves as a police officer responsible for keeping order in a no-nonsense manner.

The game no longer accepts or tolerates such emotion-based behavior. Such behavior is, at best, problematic since it seldom calms situations but rather almost always exacerbates issues to the level of angry confrontation.

The Salesperson: Every umpire needs a strong physical and vocal act while he is on the field. An umpire’s ability as an actor is often overlooked when thinking about the traits of umpires highly proficient in game management. The sales job starts when the umpires first walk through the gate. The way they are dressed (shoes shined, clothes clean, sharp looking hat, clean-shaven—see Willy Loman) and a positive bearing and voice make a profoundly positive statement to coaches about the professionalism of the umpire team. The development of this impact continues when you request balls with “please/ thank you” and on to the plate conference where the plate ump gets the job done with efficiency and courtesy. Once the game begins, decisiveness and confidence must then accompany each judgment call and rules decision, including, if necessary, consultation with the partner. The best umpires are able to disarm coaches solely by body language, a strong voice, and impeccable timing.

The Psychiatrist: This is an umpire who is able to put into perspective the aspirations, frustrations, and emotion of the players, coaches, and spectators (knowing that these are subjective by their nature). The umpire will be confronted by all types of personalities. Some participants will be high strung and emotional while others will be calm. Some coaches will try to skirt or go beyond the rules to win. An umpire cannot be too quick to overly-punish minor offenses. Often, the umpire, through understanding and empathy, can improve behavior without resorting to penalties or disciplinary measures—most times a heavy-handed approach will be counter-productive. Sometimes it is best only to be attentive and a good listener.

The Student: There is one characteristic common to most of the best umpires – they are dedicated learners, not only the game but most importantly of umpiring in all its facets. These folks are obsessed with their performance and the desire to get the best assignments so that they will move mountains to improve continually. These umpires are always comparing their talent and techniques to others; they will go to watch top officials work their magic, observe their traits as well as mechanic and game management skills. They take advantage of every education opportunity (class or clinic) that offers opportunities to improve; IN FACT, they continue to attend these long after the requirement to do so ends. Also, they look for opportunities to train and mentor the up and coming officials in their association. Involvement as a trainer is a potent learning tool. The great umpires continue to learn every year they umpire.

The Teacher: Many umpires do not believe their role is to educate players and coaches regarding conduct and rules. Although teaching is not the focus of game officials, a Rec Game especially affords an opportunity, when an unusual play or call–which infrequently occurs, to explain and educate. Umpires should never be misunderstood by coaches or players because they were not willing to share what they know. However, do not be a coach, educate about the rules, not how to play the game. (There is one exception, if catchers, mechanistically, are doing things which impact your ability to call balls and strikes (such as standing up in front of you to receive pitches) the coach should probably be informed so that remediation can occur.

The Diplomat: The umpire, by rule, is a representative of not only baseball but his peer group. Participants and spectators tend to judge one umpire’s actions and appearances as representative. An umpire will often be called to evaluate complicated, unusual and unexpected situations/plays. They must be able to deal with problems both on the field, in the dugout and in the stands which impact the game. Not infrequently, the umpire will be faced with situations the rules never anticipated. They must be able to have the contest played in such a way that neither team gains an unfair advantage.

The umpire is an athlete. They do not compete against another team and cannot win a game; they are not required to have blazing speed but must run, They do not have to catch a batted ball or make strong, accurate throws-but they must be able to judge those things quickly. Nevertheless, the umpire must put as much as work into his physical nature as he does his mechanics and rules abilities. Umpires must have quick reactions and keen concentration. Coaches expect the same level of attention and level-of-effort from umpires as they do their players. And they want umpires to care about the game being played that day.

Umpires are an indispensable part of the game and must be up to the challenges from play-to-play and game-to-game – physically, emotionally and mentally. 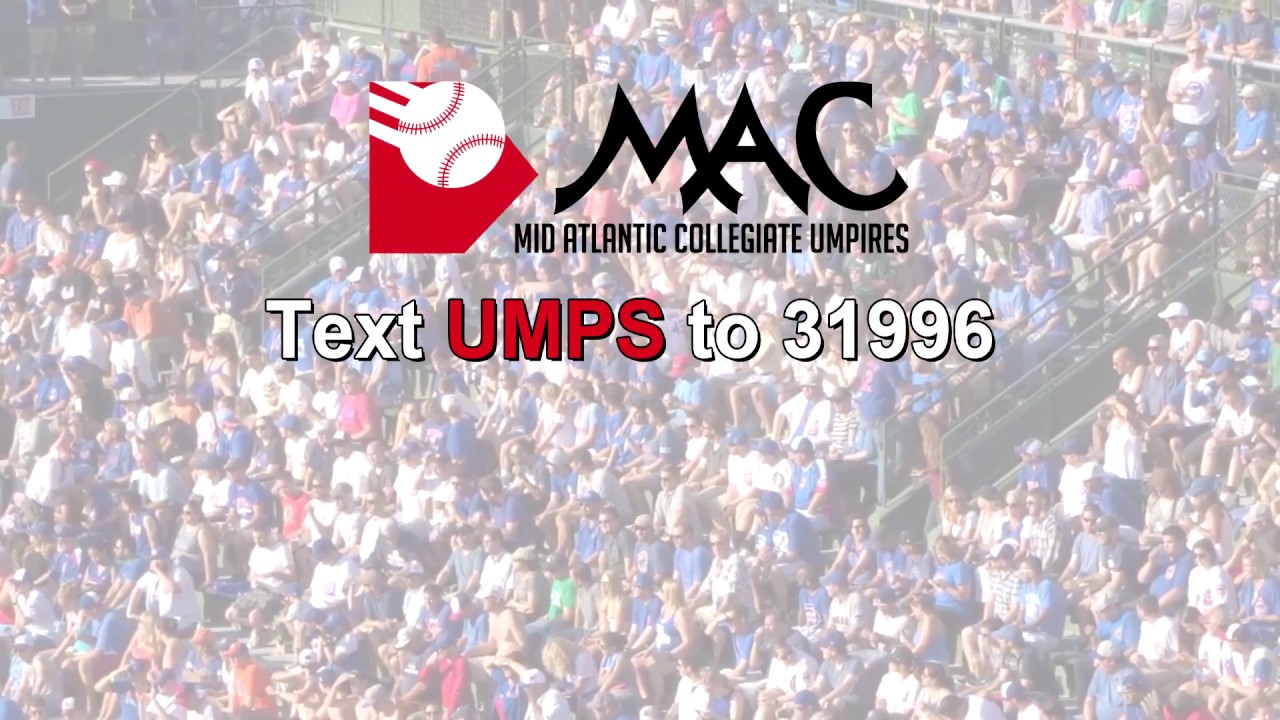